It’s now Crocktober season. I usually use my Crock Pot for things like chili, braised chicken, and pulled pork. I totally understand the “set it and forget it” appeal of a slow cooker. But some people often take that mentality too literally and don’t understand what could be a deliciously low-and-slow-cooked meal. I am writing this tongue in cheek article on how to avoid making mistakes and instead produce tender, delicious meat and absolutely no mushy vegetables.

Use the Leanest Meat You Can Find

FALSE. Lean meat cooked for a long time no matter what the temperature gets tough and stringy. Big hunks of fatty meat like short ribs and pork shoulder work best in a crock pot. The fat will keep the meat moist, and the slow cooking breaks down the connective tissue that makes those types of cuts tough. So with a slow cooker, fatty meat equals good.

Don’t Throw Your Meat Into The Pot Raw

TRUE. Everyone wants a crock pot recipe where you just toss everything in the pot, then magically have an amazing dinner eight hours later. Unfortunately, it doesn’t work like that. Always brown your meat on the stove first. It adds a layer of caramelized flavor you can’t get otherwise.

Don’t Add Anything with Low Notes or Sweetness

FALSE. A low note is a flavor that adds a depth and richness to a dish like bacon, browned onions, black pepper, and Worcestershire sauce. They’re integral to any good crock pot recipe. So are sweet ingredients like brown sugar and tomato paste. Because most flavors break down and become one, those types of strong flavors make a great base for a sauce.

Bright Notes, Crunchy vegetables and dairy should be added at the very beginning

FALSE. Bright notes are fresh flavors like acid and herbs. They’ll get lost in the mix (and your herbs will turn brown and limp, ew), so it’s better to add those ingredients last. If you want some kind of crunchy vegetable in your dish, it’s also best to add it toward the end to avoid mushy veggies. And dairy? It will curdle, which looks terrible. Stir in any dairy at the very last moment.

Don’t Leave The Skin On The Chicken

TRUE. Do you like rubbery, chewy, gelatinous chicken skin? Then take it off before throwing your bird into the crock pot. Do leave in the bones, though. They’ll help the meat stay tender. And chicken is the magic meat that doesn’t need browning before going into the pot, mostly because it would be cooked too much after a long stint in the slow cooker.

Cook Something That Needs To Hold Its Structure

TRUE. Macaroni and cheese? Lasagna? Sure, there are slow cooker recipes for them out there, but you definitely shouldn’t attempt to make them. More often than not, pasta (and other things that should hold their shape) becomes a mushy mess. Just don’t do it. Make something like chili instead if you really want to make an easy slow cooker recipe.

Most of us have wondered about when to add and what to do about the meat. Many of these tips contain little things that will make your Crock Pot meal taste just like Grandma used to make cooking her meal in the dutch oven. I hope you find something here you can use for that next Crock Pot Meal.

Check out my Crock Pot and Slow Cooker Recipes! 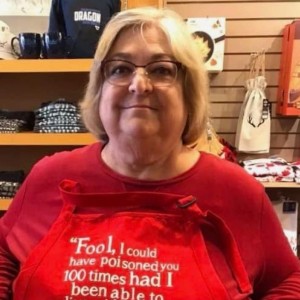 Marilyn Lesniak. Writer, Photographer and Chief Bottle Washer behind the scenes at Marilyn's Treats. Don’t burn down the kitchen!! Let me help with my Kitchen Tips, Hacks and Recipes for all levels of Chefs. Read More…

Tips That Help In The Kitchen

6 Tips to a Perfect Cheesecake Experience

We use cookies to ensure that we give you the best experience on our website. If you continue to use this site we will assume that you are happy with it.OkPrivacy policy